From GBFans.com
Jump to navigation Jump to search 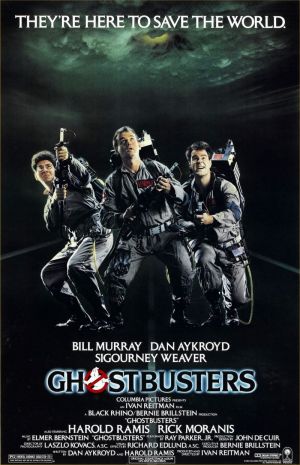 Bill Murray, Dan Aykroyd, Harold Ramis and Ernie Hudson star as a quartet of Manhattan-based "paranormal investigators". When their university grants run out, the former three go into business as the Ghostbusters, later hiring Hudson on. Armed with electronic paraphernalia, the team is spectacularly successful, ridding The Big Apple of dozens of ghoulies, ghosties and long-legged beasties. Tight-lipped bureaucrat William Atherton regards the Ghostbusters as a bunch of charlatans, but is forced to eat his words when New York is besieged by an army of unfriendly spirits, conjured up by a long-dead Babylonian demon and "channelled" through beautiful cellist Sigourney Weaver and her nerd-ish neighbor Rick Moranis. The climax is a glorious send-up of every Godzilla movie ever made-- and we daresay it cost more than a year's worth of Japanese monster flicks combined. Who'd ever dream that the chubby, cheery Stay-Puft Marshmallow Man would turn out to be the most malevolent threat ever faced by New York City? 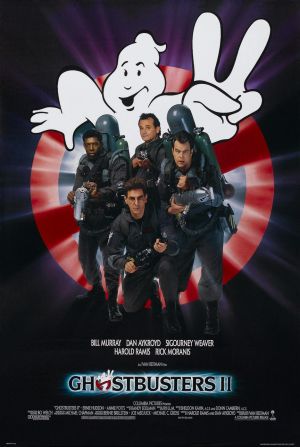 Ivan Reitman's sequel to the phenomenally successful Ghostbusters is looser and more self-assured than the original. The film opens with a title reading "Five Years Later" and finds the ghostbusters living in hard times. A restraining order has forbidden the boys to partake in paranormal "warfare", and as a result they were forced to seek other lines of work. Ray (Dan Aykroyd) and Winston (Ernie Hudson) spend their time performing at childrens' birthday parties, and Egon (Harold Ramis) is busy conducting experiments investigating the effect of human emotions on the environment, leaving ghost-busting behind. Venkman (Bill Murray) and Dana (Sigourney Weaver) have split up. Venkman now hosts a local cable show called "The World of the Psychic." Dana married someone else and had a little baby named Oscar, but is now divorced and works as an art restorer in a museum -- and this is where the plot kicks in. While Dana is restoring a portrait of a 16th-century tyrant by the name of Vigo the Carpathian, the portrait becomes hexed. The evil Vigo wants to return to life by taking over the body of Dana's little child. Vigo has enlisted Dana's boss, Janosz Poha (Peter MacNicol), to compel Dana to cooperate. Soon dirty sludge and slime flow through the streets of Manhattan, and the Ghostbusters have to reunite to save the city from a funky paranormal evil. 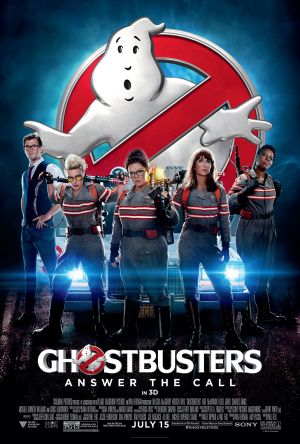 A complete reboot of the franchise, Ghostbusters (Also known as Ghostbusters: Answer The Call) was released in 2016. Led by an entirely female cast consisting of Kristen Wiig, Melissa McCarthy, Kate McKinnon, and Leslie Jones. Paranormal researcher Abby Yates (McCarthy) and physicist Erin Gilbert (Wiig) are trying to prove that ghosts exist in modern society. When strange apparitions appear in Manhattan, Gilbert and Yates turn to engineer Jillian Holtzmann (McKinnon) for help. Also joining the team is Patty Tolan (Jones), a lifelong New Yorker who knows the city inside and out. Armed with proton packs and plenty of attitude, the four women prepare for an epic battle as more than 1,000 mischievous ghouls descend on Times Square. Directed by Paul Feig and written by Katie Dippold, Feig, and Ivan Reitman. 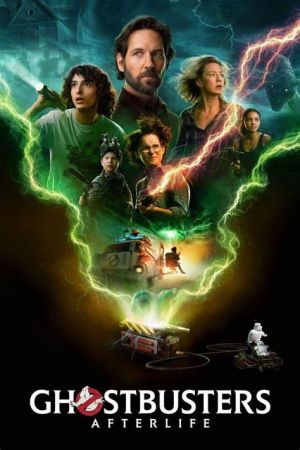 A 2021 sequel connected directly to Ivan Reitman's original duology, Ghostbusters: Afterlife continues 30 or so years after the events of Ghostbusters (1984). Starring Paul Rudd, Callie Coon, McKenna Grace, and Finn Wolfhard. When a single mom (Coon) and her two kids (Grace, Wolfhard) arrive in a small town, they begin to discover their connection to the original Ghostbusters and the secret legacy their grandfather left behind. Also starring Bill Murray, Dan Aykroyd, Ernie Hudson, and Annie Potts.