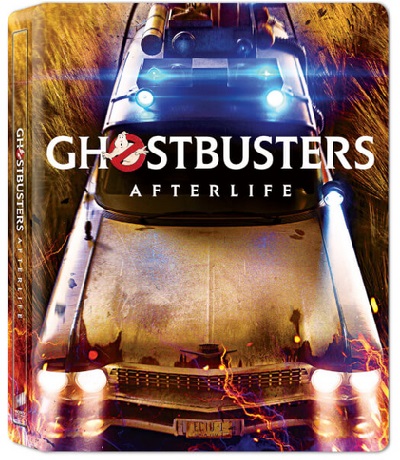 It seems almost crazy to be thinking about the post-release period for Ghostbusters: Afterlife seeing as the film hasn't even opened yet, but naturally major retailers will already be privvy to the plans for the film's home release, and we've gotten out first glimpse at what will be offered with a quick look at Zavvi's exclusive steelbook for the film's 4K Ultra HD BluRay - scheduled to retail for £29.99.

Further details are set to become available from noon tomorrow, which we'll amend to this post as soon as we are able.
robbritton, Wafflerobot, Prime 1986 and 2 others liked this
Feeling overwhelmed by the Covid-19 pandemic? Please visit The Support Thread.

What would Ryan do?

Or a full trilogy collection including the Fort Detmerring sequence and other extras from the 35th anniversary which didn’t make international versions.

I wonder if details will include extended and deleted scenes. A little early maybe.

Presumably the trilogy (+2016?) in Ultra 4k HD. I wonder if there are any significant extras as part of the gift set.
RedSpecial liked this

Unfortunately, preorder for the steelbook went live 9 hours ago and is now sold out. But the standard and gift set versions are still live.
Kingpin liked this
Ghostbusters IDW Sales Chart (Updated for March 2020)

Aren't you curious to know the origins of the &quo[…]

Also missing from the restoration done to the Ecto[…]

Is one known to be better than the other? It'[…]